A sane person to an insane society must appear insane.

~ Kurt Vonnegut
Posted by Kevin Duffy at 2:00 PM No comments:

You cannot do a kindness too soon, for you never know how soon it will be too late.

~ Ralph Waldo Emerson
Posted by Kevin Duffy at 8:28 AM No comments:

Marc Faber on freedom of speech and press

If you have to live in a society where you cannot express your views and your views are immediately condemned without further analysis and analysis of the context in which [they’re written] — if you can’t live with that, then it is a sad state of where freedom of the press and freedom of expression have come.

~ Marc Faber, quoted in "Faber says U.S. wouldn’t have made as much ‘progress’ if colonized by blacks," MarketWatch.com, October 18, 2017 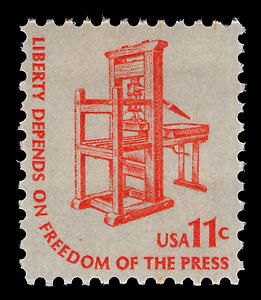 Posted by Kevin Duffy at 2:23 PM No comments:

The most effective way to destroy people is to deny and obliterate their own understanding of their own history. Society promotes values/lifestyle choices and marriage/family unit remains the most popular choice even though it's been losing ground to alternative lifestyles since probably the '60s. Marriage/family still clings to a slight lead, but its position is precarious.

Is this trend a good thing? Marriage/family hasn't always been the lifestyle of choice; it evolved and won out after tens of thousands of years of trial and error. There had to be a reason. Men, for example, are biologically wired to populate the planet, not necessarily live in monogamy. Would the human species stand a better chance of survival if we got rid of this quaint custom?

I'm all in favor of having the freedom to make choices. Ultimately good ideas win out and unsustainable lifestyle choices fail. It's just hard to know when.

Jamie Dimon on the health of the global economy and U.S. consumer

The global economy continues to do well and the U.S. consumer remains healthy with solid wage growth.

~ Jamie Dimon, comments made after releasing JPMorgan Q3 earnings, October 12, 2017
Posted by Kevin Duffy at 9:53 AM No comments:

David Hathaway on the social bubble

If natural interest rates prevailed and the state could not create money out of thin air, we wouldn’t have to go through these cycles.  There is a saying in the investment world, “Don’t confuse a bubble with brains.”  Every goofy business or social experiment seems to work during a boom time.  Everyone is a genius.  Let’s see, I will get a lot of tattoos, put decorative metal in my face, chug booze, and crash a motorcycle into a wall.  I will film myself doing these things and become an internet sensation.  The babes and paychecks will flow in like crazy.  It may work like that for a while; until the dam breaks and reality re-imposes itself.

Jeff Deist on socialism... in theory and practice

Socialism is absurd in theory, but murderous in practice.

~ Jeff Deist, "From the publisher," The Austrian, September-October, 2017
Posted by Kevin Duffy at 11:34 AM No comments:

Gun control will not keep guns out of the hands of criminals. It will keep guns away from the good guys, making us more vulnerable to armed criminals.

~ Kevin Duffy, October 2, 2017, in response to calls for gun control following the mass shootings in Las Vegas
Posted by Kevin Duffy at 1:26 PM No comments: