Henry Ford on aging and learning

Anyone who stops learning is old, whether at twenty or eighty.  Anyone who keeps learning stays young.  The greatest thing in life is to keep your mind young. 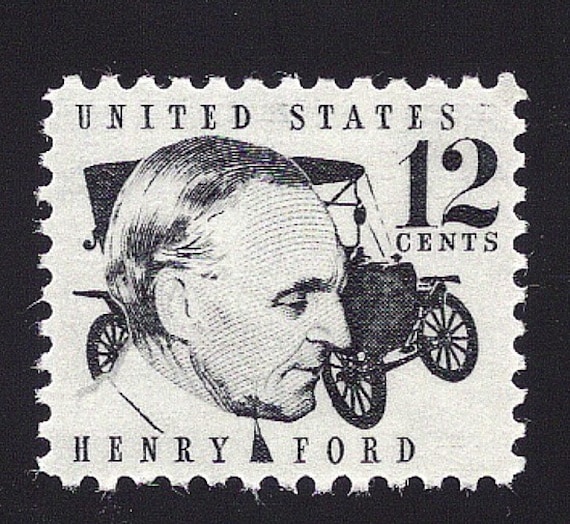 Posted by Kevin Duffy at 8:04 AM No comments:

Benito Mussolini on the difference between classical liberalism and fascism

(As quoted by Tom DiLorenzo in "An Open Letter to This Year's College Freshmen Class on the Subject of Fascism," August 28, 2017
Posted by Kevin Duffy at 7:56 AM No comments:

Jeffrey Tucker on the rise of protests since 2008

Remember that the protests we see are only the visible ones. Underneath them, there is a seething in the very foundations of society among all classes, races, and political outlooks. For every protester in front of the camera, there are hundreds of thousands of sympathizers, which is what happens in a country where government impositions have stopped household incomes from rising in real terms for 20 years. (And this reality has struck us during a time of explosive technological improvements that would have otherwise conferred massive material benefits on society!)

A century had already passed since the founding of the colonies and an extraordinary fact began to strike the attention of everyone.  The population of those provinces which had virtually no slaves increased in numbers, wealth, and prosperity more rapidly than those which did have them.

In the former, however, then inhabitants were forced to cultivate the ground themselves or to hire someone else to do it; in the latter, they had laborers at their disposal whom they did not need to pay.  With labor and expense on one side and leisure and savings on the other, nevertheless the advantage lay with the former.

This outcome seemed all the more difficult to explain since the immigrants all belonged to the same European race with the same habits, the same civilization, the same laws, and there were only barely perceptible shades of differences between them.

As time went on, the Anglo-Americans left the shores of the Atlantic Ocean to plunge day by day ever further into abandoned spaces of the West, where they encountered new land and climates and had to overcome various obstacles.  Races mingled; men from the South moved North; men from the North moved South.  Amid all these circumstances, the same fact repeated itself at every step and, in general, the colony without slaves became more populous and prosperous than the one in which slavery flourished.

As further advances were made, people began, therefore to perceive that slavery, as cruel as it was for the slave, was fatal to the master.

But the truth of this provided its final proof when civilization reached the banks of the Ohio.

The stream named by the Indians as the Ohio, or the Beautiful River, irrigates one of the most magnificent valleys in which man has ever made his home.  On both banks of the Ohio stretches undulating land whose soil lavishes upon the plowman inexhaustible riches.  On both banks, the air is equally healthy and the climate temperate; each bank forms the frontier of a vast state: the one to the left tracing the many windings of the Ohio is called Kentucky, the other takes its name from the river itself.  The two states differ in only one respect: Kentucky has accepted slaves but Ohio has rejected them from its lands.

The traveler who, positioned at the center of the Ohio River, drifts downstream to its junction with the Mississippi is, therefore, steering a path between freedom and slavery, so to speak, and he only has to look about him to judge immediately which is the more beneficial for mankind.

On the left bank of the river the population is sparse; occasionally a troop of slaves can be seen loitering in half-deserted fields; the primeval forest grows back again everywhere; society seems to be asleep; man looks idle while nature looks active and alive.

On the right bank, by contrast, a confused hum announces from a long way off the presence of industrial activity; the fields are covered by abundant harvests; elegant dwellings proclaim the taste and industry of the workers; in every direction there is evidence of comfort; men appear wealthy and content: they are at work.

The state of Kentucky was founded in 1775, Ohio just twelve years later: twelve years in America is more than half a century in Europe.  Today the population of Ohio is already more than 250,000 greater than that of Kentucky.

The contrasting effects of slavery and freedom are easily understood and are enough to explain many of the differences between ancient and contemporary civilization.

On the left bank of the Ohio, work is connected with the idea of slavery, on the right bank with the idea of prosperity and progress; on the one side, it is a source of humiliation, on the other, of honor; on the left bank of the river no white laborers are to be found as they would dread to like like slaves; they have to look to Negroes for such work.  On the right bank it would be a waste of time to look for an idle man, as the whites extend their energy and intelligence to every sort of work.

Thus, the men in Kentucky who are responsible for exploiting the natural abundance of the soil lack both enthusiasm and knowledge, whereas those who might possess these qualities either do nothing or cross over into Ohio in order to be able to profit by their efforts and do so without dishonor.

On both banks of the Ohio, nature has endowed man with an enterprising and energetic character but on each side of the riven men use this shared quality in different ways.

The white man on the right bank, being forced to live by his own efforts, has made material prosperity his life's main aim.  Since he lives in a country offering inexhaustible resources to his hard work and continuous inducements to his activity, his enthusiasm for possessing things has passed the normal bounds of human greed.  Driven on by his longing for wealth, he boldly embarks upon all the paths which fortune opens before him.  He does not mind whether he becomes a sailor, a pioneer, a factory worker, a farmer, enduring with an even constancy the labors or dangers associated with these various professions.  There is something wonderful in the ingenuity of his talent and a kind of heroism in his desire for profit.

The American on the left bank not only looks down upon work but also upon those undertakings which succeed through work.  Living in a relaxed indleness, he has the tastes of idle men; money has lost a part of its value in his eyes; he is less interested in wealth than excitement and pleasure and he deploys in this direction all the energy his neighbor devotes to other things; he is passionately fond of hunting and war; he enjoys the most vigorous of physical exercise; he is well versed in the use of weapons and from childhood he has learned to risk his life in single combat.  Slavery, therefore, not merely prevents the whites from making money but even diverts them from any desire to do so.

The same reasons which have for two centuries worked in opposition to each other in the English colonies of the northern part of America have in the end created an amazing difference between the commercial capabilities of men from the South and those from the North.  Today, only the North has ships, factories, railroads, and canals.

Gradually, as the truth of this became evident in the United States, slavery retreated little by little in the face of the knowledge gained by experience.

Slavery had begun in the South and had then spread toward the North; at the present time, it is receding.  Freedom, starting from the North, is moving without interruption toward the South.

Posted by Kevin Duffy at 7:17 PM No comments:

Alexis de Tocqueville on who goes into politics

In the United States, men of moderate desires commit themselves to the twists and turns of politics.  Men of great talent and passion in general avoid power to pursue wealth; it often comes about that only those who feel inadequate in the conduct of their own business undertake to direct the fortunes of the state.

These reasons, quite as much as any poor decisions of democracy, have to account for the great number of coarse men holding public office.  I do not know whether the people of the United States would choose men of superior qualities who might canvass their votes but it is certain that such men do not bid for office.

Posted by Kevin Duffy at 7:49 AM No comments:

Make an argument, or unmake civilization itself.

David Tepper: "You're nowhere near an overheated market" (2017)

Any comparisons to past overheated markets are ridiculous. Look at where multiples and rates were in 1999. I'm not saying stocks are screaming cheap, but you're nowhere near an overheated market.

Steve Weiss: Stocks of Facebook and Alibaba are "extraordinarily inexpensive" (2017)

George Burns on memory and aging

Posted by Kevin Duffy at 9:13 AM No comments:

Age is an issue of mind over matter.  If you don't mind, it doesn't matter.

~ Mark Twain
Posted by Kevin Duffy at 9:11 AM No comments:

The years between 50 and 70 are the hardest.  You are always being asked to do things, and yet you are not decrepit enough to turn them down.

~ George Eliot
Posted by Kevin Duffy at 9:10 AM No comments:

~ Muhammad Ali
Posted by Kevin Duffy at 9:09 AM No comments: