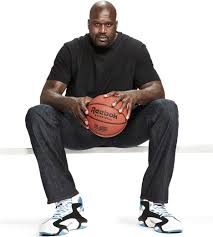 Posted by Kevin Duffy at 9:04 AM No comments:

The U.S. has $19.2 trillion of debt, equal to 105% of GDP, not including entitlement programs. With few exceptions, no one seems to care. This is the highest debt-to-GDP ratio since the Truman administration, but President Truman inherited high debt levels after the U.S. fought two world wars. If interest rates go up by two percentage points, that is another $380 billion a year in interest payments, which the country can’t afford.

Marx and Engels unwittingly explain the benefits of free trade

The bourgeoisie, by the rapid improvement of all instruments of production, by the immensely facilitated means of communication, draws all, even the most barbarian, nations into civilization.  The cheap prices of its commodities are the heavy artillery with which it batters down all Chinese walls, with which it forces the barbarians' intensely obstinate hatred of foreigners to capitulate.  It compels all nations, on pain of extinction, to adopt the bourgeois mode of production; it compels them to introduce what it calls civilization into their midst, i.e., to become bourgeois themselves.  In one word, it creates a world after its own image.

Felix Zulauf on Trump, Brexit and the anti-establishment political movement

When you look at the current political landscape in Europe and also in the U.S., you see that more and more political parties and politicians are popping up that were not part of the establishment before.  For instance, in the U.S. it was a big surprise for most that Donald Trump took the lead in the Republican Party eventually, and probably become the nominee by the Republican Party.  It was a surprise by many that Bernie Sanders did as well against the established Hillary as he did. And I think this is a reflection of people being completely dissatisfied by the establishment for all the economic reasons I explained before.

The same in Europe.  For the last few years we have seen new parties popping up all of a sudden.  In Italy, in Spain, in Portugal, in the Netherlands, in France and so on.  And those are all parties - be they left or right - that are against the establishment.  So the established parties are losing ground big time and that is because people want change.  They are dissatisfied with the results of politics over the last 20 years, and they want change.

And I think you have to look at the Brexit question in the same way.  The British will vote on whether they want to be part of the European Union or not.  As you can see, the European Union was designed to function as a Greater Europe entity, but it only functions well when the sun shines.  When it starts raining and problems prop up, it stops functioning and all hell breaks loose.  And it proves again that the smaller and entity is, the better it works and functions.  And the bigger it is, the worse it gets.  And I think the EU has overstretched it because they want to define every little part of everyone's life, and that is just too much.