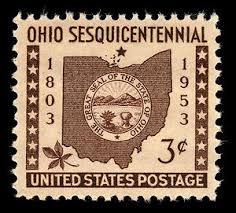 Posted by Kevin Duffy at 9:58 PM No comments:

Life without risks is not worth taking.

[Henry] Clay was a corrupt statist who spent his political career promoting mercantilism, protectionism, inflationary finance through central banking, and military adventurism in the quest for empire. Upon entering Congress in 1811 he helped persuade the government to attempt to conquer Canada, which it tried to do three times. He waged a thirty-year battle with James Madison, John C. Calhoun, Andrew Jackson, and other defenders of the Constitution over federally funded corporate welfare.

Posted by Kevin Duffy at 8:52 AM No comments:

Welcome to the Notable and Quotable stamp collection!

Back of the book:
Foreign stamps

People who show up prominently on U.S. postage stamps:

Posted by Kevin Duffy at 8:11 AM No comments:

Schools should take an active part in directing social change, and share in the construction of a new social order. 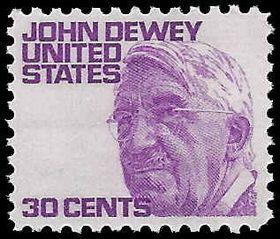 John Quincy Adams: Go not abroad "in search of monsters to destroy"

Wherever the standard of freedom and Independence has been or shall be unfurled, there will her [America’s] heart, her benedictions and her prayers be.  But she goes not abroad, in search of monsters to destroy.  She is the well-wisher to the freedom and independence of all.  She is the champion and vindicator only of her own.  She will commend the general cause by the countenance of her voice, and the benignant sympathy of her example.  She well knows that by once enlisting under other banners than her own, were they even the banners of foreign independence, she would involve herself beyond the power of extrication, in all the wars of interest and intrigue, of individual avarice, envy, and ambition, which assume the colors and usurp the standard of freedom.  The fundamental maxims of her policy would insensibly change from liberty to force...  She might become the dictatress of the world. She would be no longer the ruler of her own spirit...

~ John Quincy Adams, then Secretary of State, speech honoring the 45th anniversary of the Declaration of Independence, 1821

Posted by Kevin Duffy at 6:38 PM No comments:

Q: Do libertarians not agree that private power is (or at the very least, has the potential to be) equally as oppressive as government?  I don't understand this blindspot.

A: Would you acknowledge that, in theory at least, all the oxygen molecules in the room could simultaneously move into a single small portion of the corner of the room, leaving the rest of the room with just nitrogen and carbon dioxide, causing everyone in the room to immediately suffocate and die?

Talking about theoretical potential is quite a different thing than talking about reality, actual historical experience, and real-world odds.  In theory, I could drown in a bowl of soup. In reality, more people would die than would be saved if we banned soup.

Let’s get real here.  There is zero comparison between deaths from government versus from private powers. A company that screws up tends to go bankrupt and is essentially removed from power.  A government that screws up murders millions.

Posted by Kevin Duffy at 3:15 PM No comments: