Chubb and Moe on democracy and public schools

Democracy is essentially coercive.  The winners get to use public authority to impose their policies on the losers.

Posted by Kevin Duffy at 8:22 PM No comments:

But those three functions are actually far too important to be left to the state or the kind of people that inevitably go to work for it. So the only three things that it can legitimately do are the very three things that are too important to trust it with. It’s almost a contradiction of terms. In point of fact, there’s nothing the State does that shouldn’t be left to entrepreneurs and a voluntary market.

My own basic perspective on the history of man...is to place central importance on the great conflict which is eternally waged between Liberty and Power... I see the liberty of the individual not only as a great moral good in itself (or, with Lord Acton, as the highest political good), but also as the necessary condition for the flowering of all the other goods that mankind cherishes: moral virtue, civilization, the arts and sciences, economic prosperity. Out of liberty, then, stem the glories of civilized life.

Now Henry, when 43 governments sign an agreement, I don't see how the [New York] Times can any longer combat this.

Henry Hazlitt on the fight for liberty (70th birthday)

None of us are yet on the torture rack; we are not yet in jail...; what we mainly risk is merely our popularity, the danger that we will be called nasty names.

We have a duty to speak even more clearly and courageously, to work hard, and to keep fighting this battle while the strength is still in us... Even those of us who have reached and passed our 70th birthdays cannot afford to rest on our oars and spend the rest of our lives dozing in the Florida sun.  The times call for courage.  The times call for hard work.  But if the demands are high, it is because the stakes are even higher.  They are nothing less than the future of liberty, which means the future of civilization.

In this age of the great struggle in favor of freedom and the social system in which men can live as free men, you are our leader.  You have indefatigably fought against the step-by-step advance of the powers anxious to destroy everything that human civilization has created over a long period of centuries...  You are the economic conscience of our country and of our nation... Every friend of freedom may today, in this post-election month, be rather pessimistic about the future [LBJ had been just elected POTUS]...  [If we succeed] this will be to a great extent your merit, the fruit of the work that you have done in the first 70 years of your life.

~ Ludwig von Mises, paying tribute to his good friend Henry Hazlitt at a gathering of friends in celebration of his 70th birthday, around November 28, 1964 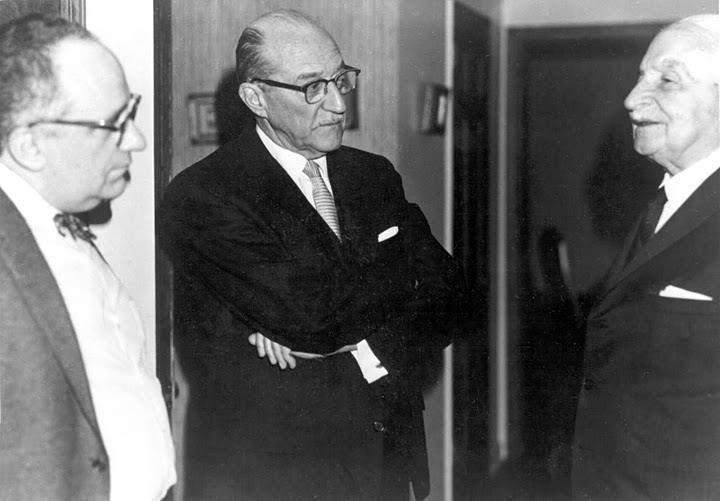 Posted by Kevin Duffy at 4:45 PM No comments:

Aldous Huxley on totalitarianism and propaganda

A really efficient totalitarian state would be one in which the all-powerful executive of political bosses and their army of managers control a population of slaves who do not have to be coerced, because they love their servitude.  To make them love it is the task assigned, in present-day totalitarian states, to ministries of propaganda, newspaper editors and schoolteachers.

Posted by Kevin Duffy at 4:28 PM No comments:

Political correctness is America's newest form of intolerance, and it is especially pernicious because it comes disguised as tolerance.

~ George Carlin
Posted by Kevin Duffy at 11:09 AM No comments:

Kevin Duffy on early comparisons of Trump to Reagan

There are huge differences.  Reagan inherited a 14 year bear market in stocks and 34 year bear market in bonds. Government debt/GDP had continually fallen since WWII. The baby boomers were moving into their productive years. The IBM PC was just launched. The Soviet empire was on the verge of collapsing. Trump is inheriting asset bubbles in stocks, bonds, and commercial real estate. Total debt/GDP is at record highs, rates at all-time lows (with much of the world’s sovereign debt actually dipping into negative yields not long ago). Boomers are just moving into retirement which will swamp an entitlement system that was never reined in. Bonds are probably on the verge of a multi-decade bear market. The government’s interest costs will explode as the political class structured its debt on the short end of the curve, assuming rates would stay low forever.

Why anyone in his right mind would want to put his name on this Hindenburg is beyond me. But, heck, the Trump brand has been immune to economic forces in the past, so why not?

Tim Price: At least Trump is not a socialist

For believers in free markets, small government and the primacy of the entrepreneur over the State, there may yet be much to celebrate about President Trump. But not for millennials, obviously. Their perpetual tin ear turned to reality and what can only be described as hysterical grief, in every sense of the word, is reason enough for the rest of us to be quietly encouraged about the future. Educators – in economics and history in particular – have a lot to answer for, having perverted the mindset of a generation. As the US economist Thomas Sowell once said,

“Socialism in general has a record of failure so blatant that only an intellectual could ignore or evade it.”

Say what you like about Donald Trump, but he isn’t a socialist.

The 19th century welfare system was privately supplied, much more efficient, and more compassionate, for society as well as the poor. Instead of giving away cash and other benefits, it mandated work and responsibility. In the 19th century, the poor were divided into three groups: 1) those who worked and were given supplemental assistance through private charity; 2) those who were manifestly incapable of working and who were sent into poorhouses; and 3) those who were capable of working but refused to do so. The latter were called “paupers,” people who lived from hand-to-mouth, and were drifters, alcoholics, beggars, and thieves. The social welfare system effectively (although not of course perfectly) identified them as the undeserving poor and denied them help. Through poorhouses, and other extremely limited programs, charity provided only for those manifestly unable to work. Poorhouses were usually private institutions, sometimes no more than a family with a large house, which, for a fee, took care of the mentally and physically ill, the enfeebled aged, and orphans who could not be placed for adoption. Conditions in those poorhouses were minimal (although better than depicted by the left-wing Charles Dickens). Accordingly, the able-bodied poor tried to stay out of the poorhouse.

Going to the poorhouse meant trading liberty for subsistence… The stark terms of the deal offered by the poorhouse was no bargain, as was intended… Private charities demanded that those would could work, do so. Their programs were not “anti-poverty” but “anti-pauper.”

Very few single women were able to raise their children without continuing help, and most eventually married. At the same time, however, the case of unwed motherhood led to a decoupling of welfare and work. In 1911 Illinois adopted the first “mothers’ aid” program and by 1928, 42 states, the District of Columbia, and Alaska and Hawaii had followed this lead. Modest at first, they made a step towards replacing the 19th century, work-based philosophy with a new “scientific,” income-based one. Today, income is no longer dependent on work, nor is assistance based on charity. There is no distinction between the deserving and the undeserving poor. There is no effort to provide the proper incentives. But this should be no surprise. By its nature, government is unable to do much more than dish out money to people who meet the standards set by the application process, regardless of their intent or prospects. Press group politics, moreover, has turned a permanent income combined with perpetual laziness into a civil right.

Government welfare has encouraged the worst vices of the poor, turning even able-bodied people into drifters, alcoholics, drug addicts, beggars, and thieves. In short, the poor have become paupers, the group the 19th century charity theorists identified as not deserving of support… In fact, the situation is much worse than the 19th century charity theorists predicted. The primary victims, ironically, have been unmarried mothers and their children, the supposed beneficiaries of the early 20th century reform movement.

~ Clifford F. Thies, "Bring Back the Poorhouse and the Workhouse," The Free Market, October 1992
Posted by Kevin Duffy at 11:05 AM No comments:

Ninety percent of my game is mental.  It's my concentration that has gotten me this far.

Posted by Kevin Duffy at 5:11 PM No comments:

A ship in a harbor is safe, but this is not what a ship is built for.

It isn't the mountains ahead to climb that wear you out; it's the pebble in your shoe.

~ Muhammad Ali
Posted by Kevin Duffy at 5:09 PM No comments:

The only way to do something in depth is to work hard.

For those to whom much is given, much is expected. 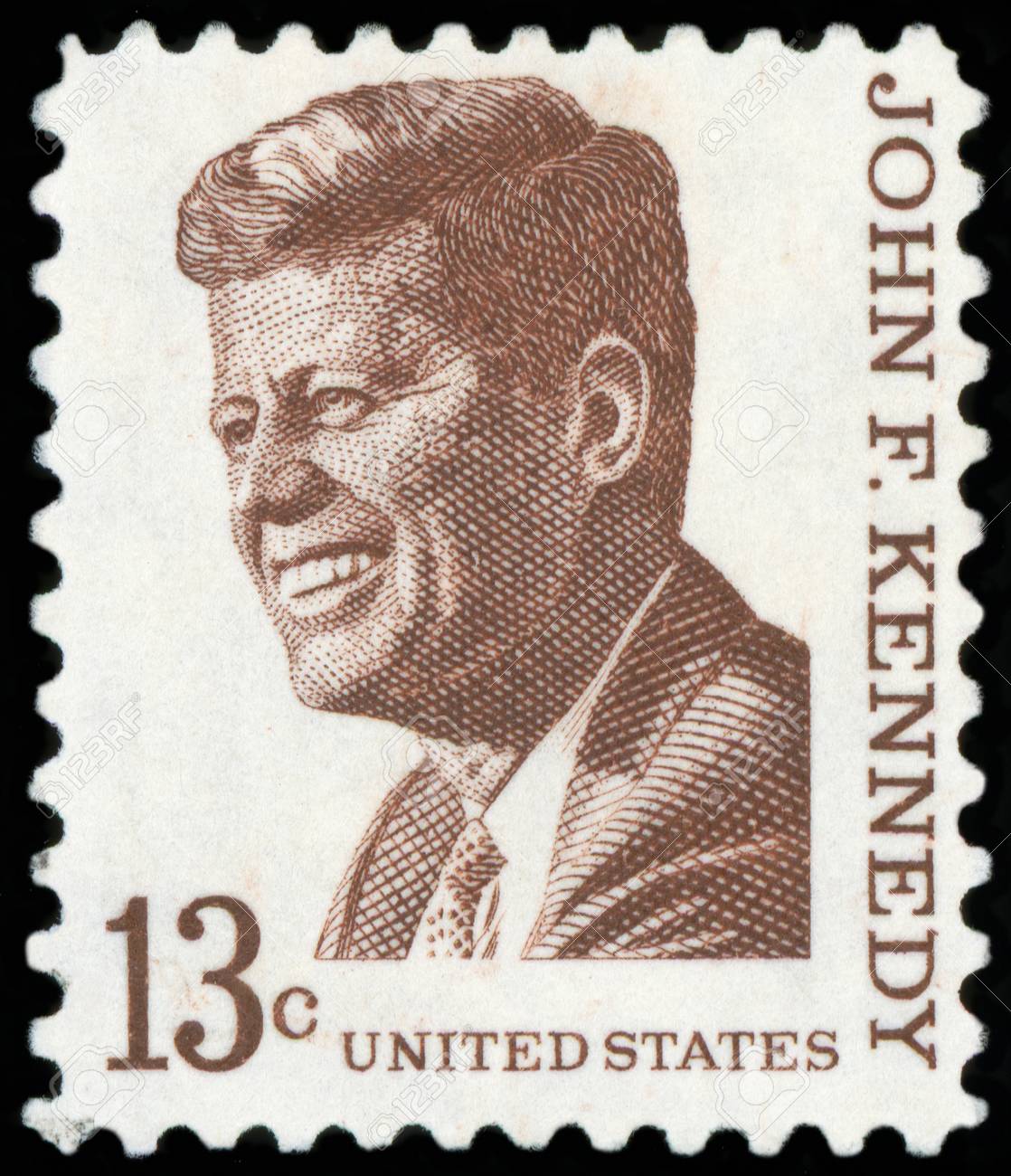 Emanuel Derman on the consequences of the 2008 bailouts

To all who argued the financial world would've collapsed without the bailouts: the political world is collapsing now because of the bailouts.

~ Emanuel Derman
Posted by Kevin Duffy at 11:05 PM No comments:

I find it very sad that as friends we can be so divided over this thing we call "politics." For some unknown reason, we have this system called government that collects $3.8 trillion every year, brings it to Washington, DC, and hands it out to various people and groups. Every 4 years the Blue Team and Red Team send one of their best fighters to a death match, winner take all. The team that wins gets to write the checks. If martians landed they'd think we were all nuts.