Joseph Sobran on democracy and the social contract

Since the Declaration of Independence, Americans have been concerned with a philosophical question, to which they had an optimistic answer. The question is, how can the government claim the right to exercise power over its subjects? And the answer was, the right is given by the people, when they deem the government to be just (because it respects and secures their rights) and consent to its exercising power. This consent is thought to be conferred through elections. The very fact that the U.S. government holds elections is thought to certify its legitimacy.

For two centuries, except for the Civil War period, this has been thought to be unproblematic. The simple old answer to the philosophical question has been simplified further, to the formula "This is a democracy." It is an answer that flattens out all the refined reasoning of the founding generation of Washington, Jefferson, Hamilton, and Madison, but it suffices for most people and pundits.

But this answer no longer satisfies in the way it used to. We have discovered that the mechanisms of democracy can co-exist with tyranny, just as political philosophers since Plato and Aristotle have warned. Moreover, the current discontents of Americans run deeper than any since the Civil War.

Posted by Kevin Duffy at 6:21 PM No comments:

We can formulate some general laws of ruling. The more force you use, the more enemies you will make. The more laws you enact, the more criminals you will create. And when you coerce and criminalize too many people who think of themselves as law-abiding, you destroy your legitimacy in their eyes.

Because I write about politics, people are forever asking me the best way to teach children how our system of government works. I tell them that they can give their own children a basic civics course right in their own homes.

In my own experience as a father, I have discovered several simple devices that can illustrate to a child's mind the principles on which the modern state deals with its citizens. You may find them helpful, too. 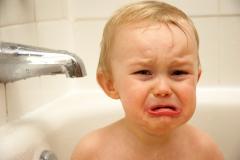 The "administrative state" hasn't been a phrase known to drive people into the street.  Until now.  What are witnessing is a global government fail - across Europe, the Middle East, in Beijing, Delphi, Tokyo and Washington, D.C.

No better symptom exists of the compact breaking apart than the European Central Bank, the U.S. Federal Reserve, and the Bank of Japan.  They epitomize the exhaustion of elite administrative intelligence.  For seven years, they failed at restoring even average economic strength, disappearing now into a black hole called negative interest rates.

Bret Stephens on Brexit and the EU bureaucracy

The EU's bureaucratic arm - the Council and the Commission - employs about 33,000 civil servants. The U.K.'s civil service has 410,000 employees, not counting an additional four million public-sector workers. The EU's budget last year came to less than $160 billion, divided among 28 countries. Britain's was $1.15 trillion.

If there's a superstate, it's in Westminster, not Brussels. And the EU, despite its countless flaws, is not some colossal squid crushing the U.K. in its powerful tentacles.

A British taxpayer making over £43,000 ($57,000) pays a crushing tax rate of 40%, along with a 20% VAT on every item he purchases. The average wait time for an operation with the National Health Service is 10 weeks. The energy bill for an average British household jumped by 30% between 2011 and 2015, mainly to support David Cameron's green-energy fixation.

These problems are British, not EU-made.